Fears of pushing too hard on the brake pedal…

April was a difficult month for markets, with most assets generating losses, regardless of geography. There were several reasons behind the weakness, the key one being the increased aggressiveness of central bank rhetoric regarding how quickly interest rates would have to rise to combat very high global inflation rates. The Federal Reserve was the leader in this process, signalling a doubling or tripling of the current quantum of increases for their forthcoming quarterly meetings.

“Given that the current rate of US CPI inflation is 8.5% annualized, the fear is that an ever more aggressive Fed will end up pushing too hard on the ‘brake pedal’ to bring it under control”

Markets took this as a signal that the Fed was now actively trying to slow consumer demand in the US, a difficult process, and also one with big implications. Given that the current rate of US CPI inflation is 8.5% annualized, the fear is that an ever more aggressive Fed will end up pushing too hard on the ‘brake pedal’ to bring it under control, and rather than engineering a ‘softish’ landing, will end up tipping the world’s largest economy into recession. In tandem with this issue, markets were also affected by the ongoing Covid related shutdowns in China, a process that is slowing their economy at a point when the authorities are also trying to manage their way through a property crisis. This combination of risks to growth in the world’s top two economies was enough to send equity markets down c-7% and bond markets a further -2.5%.

April was also a month during which the corporate earnings season was in full flow and, despite some high profile individual casualties, one which produced modest upgrades to profit forecasts for this year and next. As described above, this good news made little impact during the month, as investors preferred to think about what might happen in the future if current profit momentum declined alongside slowing economies. Professional investor sentiment in key surveys was unsurprisingly very weak, with readings coming in at the same levels as the financial crisis of 2008/9.

“The combination of influences makes forecasting with confidence unusually difficult, but as best we can see, we still think we are passing through a period of adjustment that is most likely going to end with both inflation and growth lower by the end of the year.”

As we have written before, a financial system adjusting to life with interest rates coming off their all time lows is going to be one which is prone to volatility and sharp swings in sentiment. In addition, this return to a more normal environment is made even more complicated by the effects of war on commodity markets and the associated political tensions between the world’s two largest trading partners. The combination of influences makes forecasting with confidence unusually difficult, but as best we can see, we still think we are passing through a period of adjustment that is most likely going to end with both inflation and growth lower by the end of the year. This particular Covid interrupted business cycle is still most likely one which is maturing, rather than ending, and this current period one which should prove with hindsight to be the point of maximum uncertainty. Most likely this will take at least until the end of summer or a little longer to accumulate enough data for a clearer view. In the interim, we could expect the volatility to continue and given that sentiment is so washed out a contra trend rally should also not be ruled out.

Within portfolios, the weakest contributions unsurprisingly came from equity market exposures. There were some geographical and style differences (e.g. value doing better than growth) but the overall picture was one of equity market weakness. It was a similar story in bond related investments, although our credit managers are managing to mitigate losses impressively and our recent purchase of unhedged US shorter term treasuries is also off to a good start. Commodities and the US dollar were the only assets of note producing positive returns for April, and our portfolio exposure to these areas participated in the moves. Alternative strategies outside of these areas were generally good, with those managers employing volatility strategies coming out the best.

On behalf of the Saltus Investment Committee, April 2022 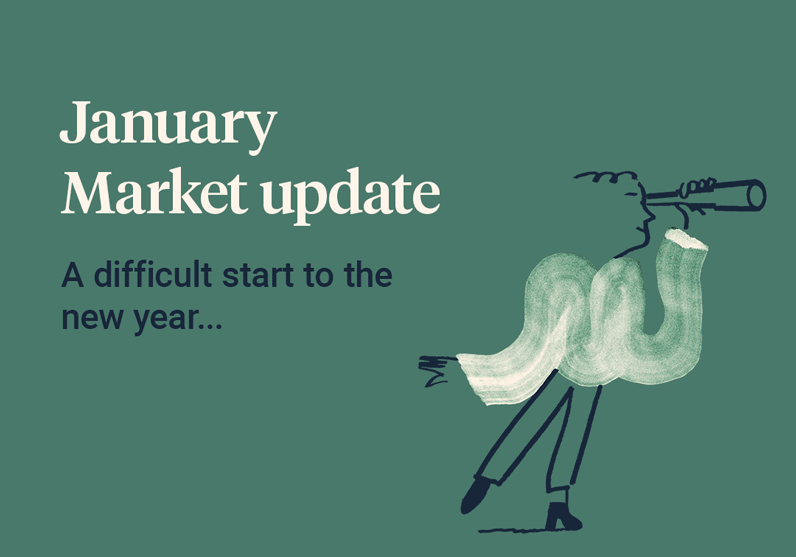