November started well enough before a combination of inflationary worries and the emergence of a new Covid variant prompted a sharp reversal in sentiment in the final few days of the month. Nearly all risk assets made losses, with government bonds and the US dollar providing the only clear bright spots in a turbulent four week period. Price movements across asset classes were abrupt, reflecting the thin trading conditions around the US Thanksgiving holiday, and also making it difficult to judge just what the markets underlying view really is about the new risks these events might have brought with them.

The initial weeks of November were solid enough with good economic momentum helping to underpin risk appetite before ongoing inflationary pressures again began to exert their influence on market sentiment. Last month, this pressure had forced a sharp selloff in shorter-dated bonds around the world, and this month the same issue prompted the newly reappointed Chair of the Federal Reserve to signal a faster pace to reducing his support for the US bond market. A few days later, this marginal hawkish shift in tone was followed up with the retirement of the word ‘’transitory’’ from the Fed’s vocabulary when describing current inflation pressure, as it was ‘’no longer helpful’’ in helping investors work out what they were actually trying to say. Investors had duly begun to adjust their expectations for higher interest rates in 2022 throughout November until the Omicron news began to hit the headlines and force a rethink.

“Most of the movements happened very late in the month, meaning that the overall impact on returns was lessened by the positive period at the beginning of November”

As the realization dawned that this new Covid variant could potentially be both more transmissible and more virulent, the prospect of a potential shock to economic growth from lockdowns sparked a quick and vicious sell off in risk assets. Oil fell dramatically (-20%) as did industrial metals and equity markets. The dollar rallied and so did government bonds, reversing the falls that the prospect of faster interest rate rises had forced upon them only a few days earlier. Most of the movements happened very late in the month, meaning that the overall impact on returns was lessened by the positive period at the beginning of November, but it’s fair to say that volatility has now picked up sharply, presaging a noisy end to the year.

“Ultimately, the drug companies seem confident that vaccines can be tweaked if needed.”

At the time of writing, we along with everyone else are still awaiting definitive data on what exactly the infectiousness and virulence of Omicron will be. Initial guesses imply that it may not be as impactful as first feared, helping to spark a bounce in sentiment in early December. It may also hold off some of the pressure that has been building on central banks to tighten policy. Ultimately, the drug companies seem confident that vaccines can be tweaked if needed. There is also the longer term prospect that if this variant turns out to be more infectious but less deadly, then it hastens the journey to the ‘end game’ of Covid becoming an endemic situation that we learn to live with. We will find out if this reasonably sanguine view turns out to be the case soon enough.

Another issue that began to raise its head again in November was in the geopolitical arena, with the increasingly belligerent tone over the Ukraine situation beginning to register with investors. We have little to add on that subject but can observe that taking all the above into account, it is no wonder that bond and equity volatility has spiked +40-60% from the sleepy levels of the summer. This change makes it much harder to interpret the current price movements of asset markets or gauge the outlook with high confidence. Ultimately, at our asset allocation meeting last week, we decided to make few changes to existing exposures, taking the view that portfolios were already well positioned for this environment. Cautious portfolios remain cautiously invested and have held up well this year in difficult conditions. More adventurous portfolios remain well invested, sensibly spread across styles and geographies and have also held up well year to date. The offsets to the risks just mentioned remain powerful – economies are growing steadily, consumer and corporate balance sheets are strong and central banks, although tightening policy, are unlikely to do at a rate that chokes off recovery.

There is perhaps a six month period to the summer of next year during which inflationary pressures will remain high but beyond which they should lessen, losing their potential to be seriously disruptive. Until then we could expect the environment to remain volatile, which our experience suggests offers up as many opportunities as it does threats.

Portfolios overall returned between -1% to +0.2%, with the higher risk mandates unsurprisingly retreating the most. The damage was mainly due to equity market reversals, particularly in the UK and in some of the smaller company managers. Emerging markets suffered from the stronger dollar and commodities, as mentioned, were weaker across the board. The pound fell almost -3%, providing foreign exchange translation gains on some of the overseas positions and gold. The better performers were spread across macro managers, where the investment strategy benefits from movements in interest rate markets. There was some outperformance regional equity managers in Asia and from inflation protected government bond holdings.

We are unconstrained, multi-asset class investors with an award winning track record. Our expert team will partner with you to manage your investments…

We have a long track record of producing superior risk-adjusted returns. This is in part due to our ability to consistently identify managers who outperform their benchmarks…

We believe in responsible investing and Environmental, Social and Governance (ESG) factors are assessed in every investment we make…

We work collaboratively with Investment Consultants, Trustees and other professional intermediaries to develop client-centric investment solutions… 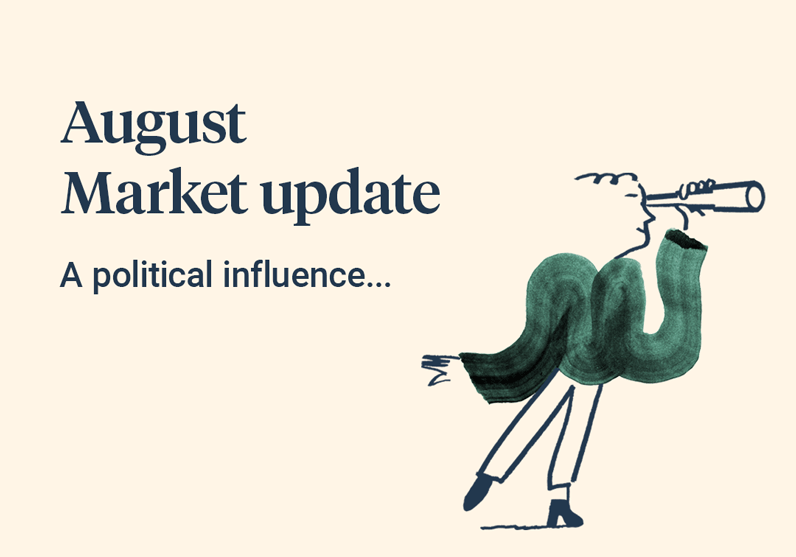